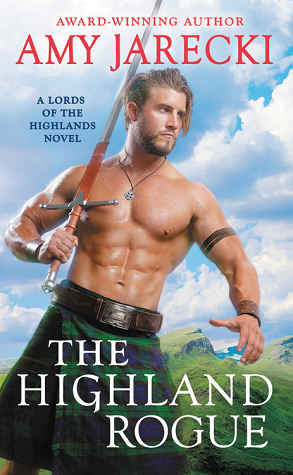 A courageous Highlander falls for a strong-willed lass on the treacherous high seas in this action-packed Scottish romance.
After a vicious attack on his ship, Sir Kennan Cameron washes ashore on a deserted Scottish island, nearly dead. But he soon finds he’s not as alone as he thought. Kennan knows he can’t stay on the island, but neither can he leave the brave and bonny lass who has nursed him back to health — even if she is from a rival clan.

Abandoned by her family, Divana Campbell is both terrified and relieved when a rugged Highlander drags himself from the surf. Trusting Kennan is her only chance for survival — and by the time they arrive at his castle, she can barely imagine life without him. But as the heir to a powerful chieftain, Kennan could never marry the likes of her.

Together, they’ll brave tempests, pirates, betrayal, and ruin. But soon Kennan must decide what matters most: his thirst for vengeance or the woman who’s won his heart.

As in real life, as we experience these days, calamity does not differentiate between the station of man or class. Destiny simply pulls you in. It’s how you deal with the cards you are dealt, your inner strength and your will not to give up which makes the difference!

Author Amy Jarecki tells a tale where both the hero and heroine do their best to survive in an amazing, fast-paced, heart-thumping adventure, both having to face death.

Sir Kennan Cameron, in one moment captaining his ship the Highland Reel in a serene state of mind, to the next fighting for his life in a battle of fierceness and cruelty. The British pirate, Jackson Vane had struck. That day Kennan lost many men. After the slaughter, who was left, walked the plank to face death in the icy, shark infested waters. With his midriff sliced, hands tied, Kennan opted to take control of the situation. He ran the plank, willing to face the icy waters rather than to experience what further damage the pirates could do him before killing him. At least he had a chance.

So reader, where I had have just witnessed a terrible battle, horrific wounds and with unbelievable odds of living, the author sets you up to realize that hope can be possible if one is determined to succeed and prepared for the worse. Kennan was determined to live, to get back his ship and his wealth in the cargo. His need for revenge for the traitor who told Vane about his cargo, helped provide the herculean strength necessary to save himself.

Kennan washes up on an island, deserted except for a young woman, Divana, who also has a story of depravity, and hardship for two long years, but with her strength to survive she does.

Jarecki weaves a story of suspense with emotional scenes. Kennan is saved by Divana. As he heals, he learns about Divana, and she him. As long as they exist on this island, station in life does not matter. But soon fate, once again, changes their circumstances. Are they strong enough to survive wounds of the heart?

I hope you have a chance to read this book. I highly recommend the author and series.

I am a lover of books, both reading and writing. 2018 marks the beginning of my own journey from writer to published author. This blog will showcase various authors' thoughts on the elements of novel crafting, and my attempts to find my voice in writing. While journaling this journey, I hope to encourage others to follow their dreams. Book reviews continue as I have the last four years, only making time for my new pursuits.
View all posts by eileendandashi →
This entry was posted in Action/Adventure, Book Reviews, Highland Romance, Highland Stories, Historical Romance, New Book Release and tagged 5-Star Book Review, Amy Jarecki, historical romance, Lords of the Highlands Series, The Highland Rogue. Bookmark the permalink.