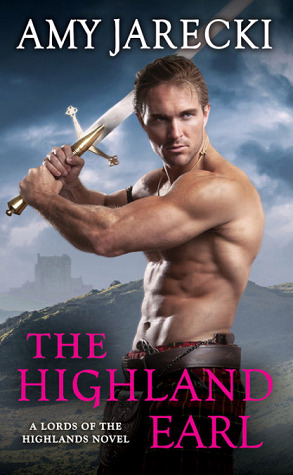 Mr. & Mrs. Smith meets Outlander in this action-packed Scottish romance where a marriage of convenience leads to secrets that could be deadly.

With two young sons to care for and a large estate to run, John Erskine, the widowed Earl of Mar, needs to remarry as quickly as possible. And beautiful Lady Evelyn Pierrepont would be the perfect match. But there’s more behind the English lass’s calm demeanor than she’s letting on, including a smoldering allure not even John can ignore.

Evelyn has no desire to wed the rugged Scottish earl, but at least she’ll be able to continue her work as a spy-as long as her husband never finds out. Yet the more time Evelyn spends with John and his boys, the fonder she grows of their little family, and the last thing she wants to do is put them in danger. As alliances shift and enemies draw closer, soon everything they hold dear is at risk: their lands, their love, and their very lives.

This Regency read has the setting of all the makings of a civilized society, but… when underpinned with the turbulence of its time, the characters have the opportunity to show what they truly are made of.

Evelyn, Lady Mar, is a young woman who is emotionally challenged when she finds out her father leads a path of greed. She, then, is encouraged, by Monsieur Dubois, who lives his life in duplicity,  to spy on her own father and prevent him from reaping the rewards of his schemes.  However, Dubois, too, is a schemer who dups many.

As Dubois’ spy, she marries John, the Earl of Mar, a widower of only a few months. He has worked for the Crown for years. He’s known as Bobbin’ John for a reason which I’ll let you ferret out as you get into the story. The earl marries for two reasons: He has two young children who need a mother and he needs the dowry which comes with his titled wife to pay debts his father left on the property when he passed away. This marriage has all the markings of a marriage of convenience – Evelyn has easy access to spy for France through Dubois. In so doing, she thinks to support Scotland and the Jacobites.

Matters of the heart arise, taking this marriage of convenience toward an engaging emotional journey. Will Dubois’ conniving for his King and his own pocket destroy Evelyn’s marriage? Will John’s loyalty to family and home take center stage verses the Crown? Can John love another when his heart belongs to his dead wife?

If you like your Regency reads with fewer steamy scenes (I do), dangerous encounters and more character development, this story is an easy choice. Jarecki always writes a well-balanced story, one full of entertainment.

I am a lover of books, both reading and writing. 2018 marks the beginning of my own journey from writer to published author. This blog will showcase various authors' thoughts on the elements of novel crafting, and my attempts to find my voice in writing. While journaling this journey, I hope to encourage others to follow their dreams. Book reviews continue as I have the last four years, only making time for my new pursuits.
View all posts by eileendandashi →
This entry was posted in Book Reviews, Highland Romance, Highland Stories, Historical Romance, New Book Release and tagged Amy Jarecki, Lord of the Highlands Series, The Highland Earl. Bookmark the permalink.