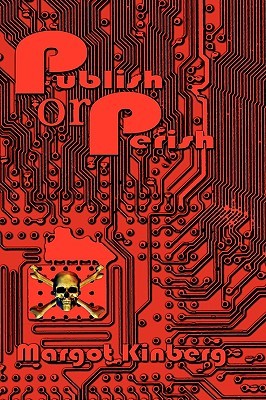 One night, Nick Merrill, a graduate student in the Department of Educational Studies at Tilton University (Tilton, PA), is killed. When Joel Williams, a former police officer, finds out about his death and becomes curious about the circumstances, deciding to find out who killed the student and why. With Williams’ help, the Tilton police discover evidence that links Merrill’s death and the death of another person and subsequently, to the murderer.

My Review: I really enjoyed the way the book flowed–quickly paced and well thought out. It showed how careful investigators are when sifting through possible suspects, weighing the motives each suspect could have had.

The characters were an interesting lot; Kinberg fleshed them out amazingly well.   Joel Williams has his hands in academia and policework.  You can take a good police officer out of the force, but you can’t take the police office instinct out of the man. The characters, the plot and a well-paced story kept me reading and entertained.

One other aspect of the story I enjoyed was the setting. One doesn’t expect to find the academia in such hot competition. The group of students who decided to try to solve the murder mystery themselves let the reader see and hear things the main characters didn’t.

Kinberg dropped hints of plausible candidates who could have killed Nick. This had me shifting my ‘who dun it’ view several times. As each piece of evidence was uncovered, it became clearer who the murderer should be. I was expecting a twist of surprise who the murderer truly was and was slightly disappointed that I was right and not wrong.

Since writing this debut novel, Kinberg has written two others in the series. 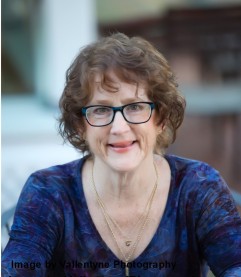 Margot Kinberg was born and raised in Pennsylvania, where she graduated from Indiana University of Pennsylvania and later, received her Master’s Degree from LaSalle University. After teaching at the University of Delaware for several years and earning her Ph.D. there, Kinberg moved west. She taught at Knox College in Galesburg, IL, and is currently an Associate Professor at National University in Carlsbad, California. Kinberg currently lives in southern California with her husband, daughter and two dogs.

I am a lover of books, both reading and writing. 2018 marks the beginning of my own journey from writer to published author. This blog will showcase various authors' thoughts on the elements of novel crafting, and my attempts to find my voice in writing. While journaling this journey, I hope to encourage others to follow their dreams. Book reviews continue as I have the last four years, only making time for my new pursuits.
View all posts by eileendandashi →
This entry was posted in Book Reviews, Mystery and tagged 4-Star Book Review, Book Review, Margot Kinberg, Publish or Perish, The Joel Williams Series. Bookmark the permalink.