Posted on April 2, 2019 by eileendandashi 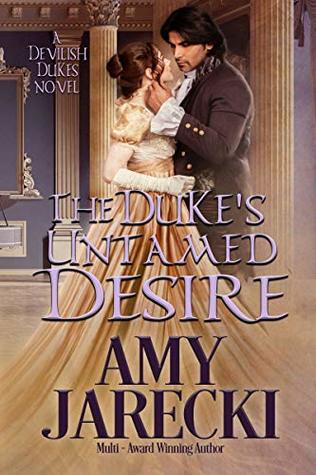 He’s the most notorious rake in London…
Though he uses the reputation to his advantage, the exotic Duke of Evesham is misunderstood and mysterious. He sidles around societal rules, especially when it comes to pursuing a wife. Though when he sets his sights on Lady Georgiana, the rules find a way of bending on their own accord.

She has no intention of courting anyone…
The consummate bluestocking is in London for one thing—to find a financier for her late husband’s fire engine. And after six years away from the ton, Georgiana realizes social codes of conduct are different for widows—especially for ladies who catch the attention of the Duke of Evesham—the one man from whom the lady harbors a ghastly secret.

But fate has a way of making opposites attract…
And when this pair unite, the sparks between them are hotter than blue fire. But will Lady Georgiana’s secrets lead to their demise? Or can the devilish duke find it in his heart to forgive the woman who has claimed his mind, body, and soul?

One thing author Amy Jarecki is sure to make happen in her stories, is make me laugh–no matter the genre.  Her characters have a sense of humor and/or find themselves in funny circumstances. This read is highly entertaining, leaving you chuckling from time to time.

This story is no different.  Both protagonists, Lady Georgina and Duke of Evesham, are well matched–they just don’t know it. Georgina comes from a privileged, titled family.  Georgina had loved her husband. He was killed by an accident while working on his steam-powered pumper. Georgina, being a bit of a bluestocking, finished the pumper not getting any financial help from her parents, leaving her living sparsely in a small cottage.

She comes to London to ‘sell’ the concept of such a machine and hopefully sell her demonstration model. In the process of demonstrating its capabilities, her pumper didn’t have enough manpower.  The water was let loose on the duke–hundreds of gallons of water with a force which should lay low any man. It was a laughable moment for the reader, one which has Georgina cringing, and the duke over furious!

Fortuitously, the Duke doesn’t recognize Georgina when he meets her later and she prays he does not.  Her romantic fling would be dead in its tracks.

The duke doesn’t have a privileged past.  He is a bastard and only recognized as his father’s son when his father was on his deathbed.  Under his duke façade, exists a man of compassionate for the poor, particularly women and children, a bit of a philanthropic. He has played the duke for four years and is rather bored with his life and the women he meets—beds them, appreciating their beauty, but little else. His reputation precedes him. Along the way, he has gained the reputation of a rake.

Something about Georgina interests him. Meeting her on a social level he saw her different from others—which had him coming back to the trough, so to speak, multiple times.

Georgina, curious by nature, possessing a passionate side, decides to have a fling with the duke during a house party her mother and father host for her birthday.  If you know anything about house parties during the Regency period, they were meant for one thing–to encourage men and women to mingle and get to know each other. The Baroness, Georgina’s mother is busy matchmaking.  She sees the duke well suited to her daughter.  The Duke agrees, but Georgina would like her independence as a businesswoman and loves the new adventure between the sheets! There are a few sizzling scenes where the duke is overwhelmed by her lusty vigor and can’t believe his good fortune.

The plot moves along quickly.  Not all works out the way the duke thought it would or thinks it should.  He loses his temper when he finds he’s been lied to and makes big assumptions about everything else.  Georgina is only too glad the duke reveals his true character before it was too late.

I am a lover of books, both reading and writing. 2018 marks the beginning of my own journey from writer to published author. This blog will showcase various authors' thoughts on the elements of novel crafting, and my attempts to find my voice in writing. While journaling this journey, I hope to encourage others to follow their dreams. Book reviews continue as I have the last four years, only making time for my new pursuits.
View all posts by eileendandashi →
This entry was posted in Book Reviews, Historical Romance, New Book Release, Regency Romance, Romance and tagged Amy Jarecki, Devilish Dukes, historical romance, Regency Romance, The Duke's Untamed Desire. Bookmark the permalink.