Posted on April 7, 2018 by eileendandashi 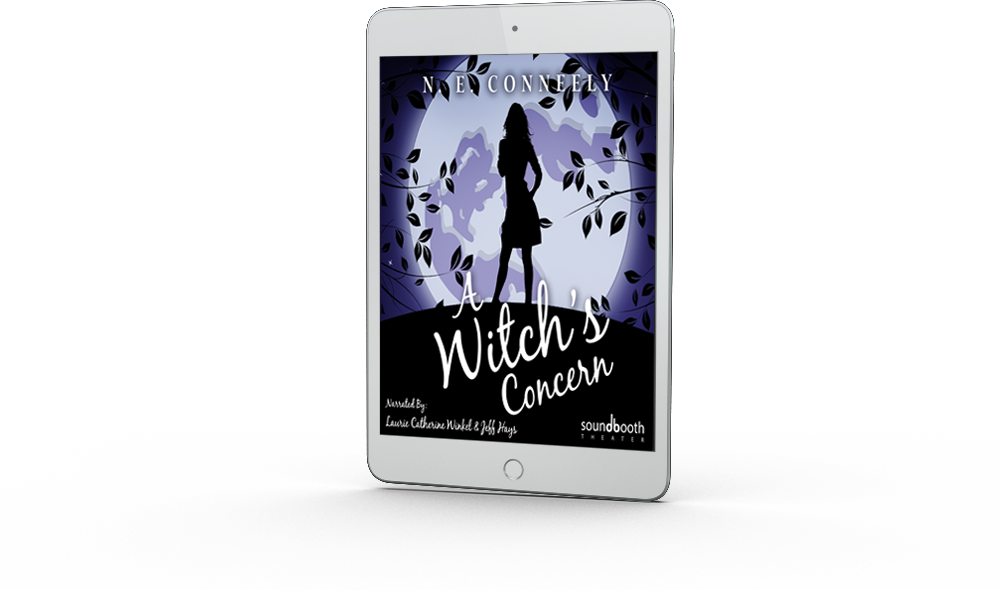 Michelle has been figuring out what her life is like now that the demon has been killed, and Sylvia and Varro are dead. Even the clans of witches trying to attract her to their way of life have backed off and given her a chance to grieve. Her relationship with Elron is stronger than ever, but there are things left unsaid.

On the way to her parents’ wedding, the delicate calm she’d been living in is broken. Witches are out for her blood, her family is caught in the crossfire, and friendships are threatened. Work doesn’t let up either, and she partners up with Elron to deal with magic gone wild. Michelle finds that her problems are larger than one clan of witches, and is forced to choose between the people she holds dear and the way of life she loves.

This is the fourth book in a series, following A Witch’s Trial. It is a standalone novel, however, your experience will be greatly enhanced if you’ve heard the previous books.

N.E. Conneely lives in northern Georgia with her dog and a mountain of books. They sweat through the summer and freeze through the winter, and life as they know it comes to an end when so much as a single snowflake falls out of the sky. For fun, N.E. plays with her dog, reads, knits, crochets, paints, and does tie-dyeing and origami. She makes a great pizza and is currently negotiating with her husband about raising sea monkeys and growing a vegetable garden.

Jeff Hays has made a name for himself in the audio book world by creating immersive experiences out of his productions. His versatility and authenticity in voicing characters, expressive low-impact narration, and dedication to offering the highest quality audio possible has earned him a loyal following of listeners. Having been fascinated with sound since he can remember, Jeff takes his background of composing and producing music, and his continual consumption of the avalanche of fictional media we all experience in these modern times, and uses it to inform his style of story telling in the audiobook realm.

And now, having produced more than 80 audio books and perfecting his craft, using the namesake of his live streaming narration show, the Soundbooth Theater shingle has been hung. Soundbooth Theater is dedicated to applying Jeff’s production methods to new audio books with other budding narrator talent, and expanding his scope from audio books, to voicing and producing animation.

Laurie got into voiceover by studying with the legendary dialect expert Paul Meier and hosting the teen program for a nonprofit for the blind, Kansas Audio Reader. She speaks French fluently and, before diving into audiobooks, lived and performed for some time in France. She’s racking up some bizarre credits, playing a range of characters onscreen from Disney princesses to horror scream queens, and proving her audio versatility by narrating everything from cowboy romances to action-packed GameLit fantasy trolls. You can also catch her in a few VR video games. Her favorite is playing confident, power-hungry, whip-smart anti-heroines.

Like Jeff Hays, she hails from the Kansas City area but currently lives in Atlanta.

How did you wind up narrating audiobooks? Was it always your goal or was it something you stumbled into by chance?

Well, I was encouraged to do so by my professor, Paul Meier, who I had no idea was a big name in the audiobook world for his dialect coaching and founding the IDEA archives. I kind of stumbled into it later when I was asked to audition for a program called Kansas Audio Reader in college, which was a specialized radio broadcast for the blind. For three years I ran a program reading YA books for blind teens. I had no idea it was going to be so relevant to my life.

Did you find it difficult to “break into” audiobook narration? What skill/tool helped you the most when getting started?

Because I had unknowingly gained all that experience in nonprofit, and training in my acting work, I found the performance pretty accessible. What was throw-your-headphones-at-the-wall infuriating was all the tech! I am not a tech-savvy person, and learning even the basic specs of audio recording was a huge struggle. When troubleshooting one of my first home-recorded books, I spent so much time on internet forums that my eyes dried out and I got a twitch. But there’s a lot of help available on the internet if you ask the right questions.

A lot of narrators seem to have a background in theatre. Is that something you think is essential to a successful narration career?
I think a theatre background is an excellent addition to any performance-based career. You simply won’t get the same depth from acting into a vacuum all the time. Speaking into a microphone feels like that to me — we are our own directors, coaches, and engineers.

What type of training have you undergone?

I studied with Paul Meier, one of the top dialect coaches in the world. I have a BA in theatre from the University of Kansas. And I’m always taking acting classes. Any serious actor should never stop learning and coaching.

How do you manage to avoid burn-out? What do you do to maintain your enthusiasm for narrating?

Honestly, I get burned out vocally before mentally. I have to take breaks and rotate with other projects.

Are you an audiobook listener? What about the audiobook format appeals to you?

Absolutely. I have to drive a lot, so I cycle between about a dozen audiobooks and podcasts at any given time.

After listening to the first three books of the series, I was revved up to listen to this one.

I enjoy the multiple narrators and the ways they use their voices, even in so far as to create the feel of distance if dialog stretches from another room or longer distance.

Lots of talent went into telling Michelle’s story about an unclaimed witch, her special skill with ruins and spelling, her recent relationship with a elf who she jokes with as geriatric, being over 1500 years old.  Michelle’s lifespan will be close to 300 years if she doesn’t die first by her amazing capability of being in the wrong place at the right time. Thank God, she is really lucky, has nature at her back and lots of supportive friends.  She does live in a scary world where demons still roam, hidden so well, they aren’t apparent, and often wonders if her choices in how she deals with evil forces are the best.  Will that get her killed?

Conneely’s world building is quite believable and very entertaining.  Her talent to propel a story forward with plenty of suspense with twists of surprising character keeps me reading with eagerness.

Michelle and her relationship with her elf is a slow-burn, deep feeling relationship rather than a hot spicy chemistry-filled emotion. I enjoy Michelle’s desire to work alone, protect what is hers and do the right thing.

I look forward to continue both the book and listen.

I received this audiobook as part of my participation in a blog tour with Audiobookworm Promotions. The tour is being sponsored by Jeff Hays. The gifting of this audiobook did not affect my opinion of it. 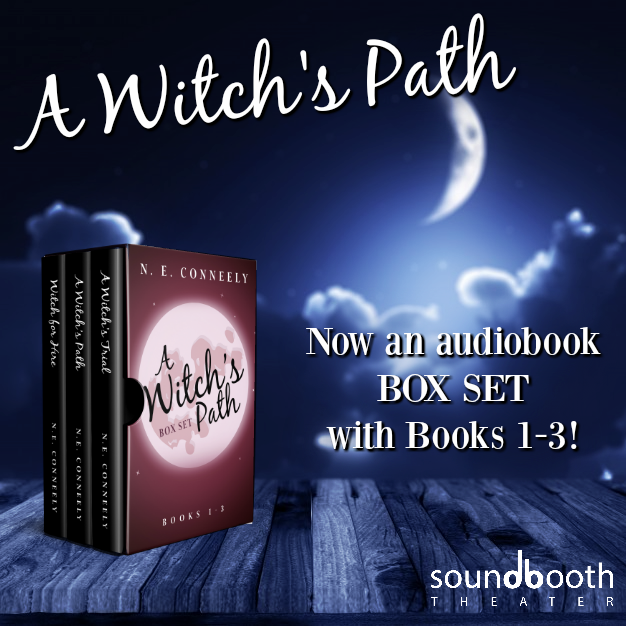 Notes from ‘Round the Bend

2 Girls and A Book