Posted on December 5, 2017 by eileendandashi 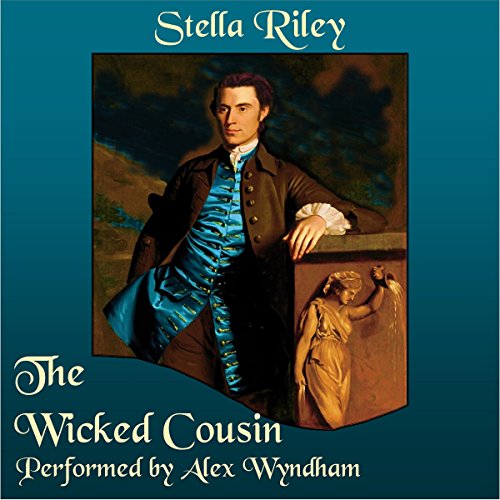 The Parfit Knight
The Mesalliance
The Player
The Wicked Cousin

Sebastian Audley has spent years setting every city in Europe by the ears and keeping the scandal-sheets in profit. Word that he is finally returning to London becomes the hottest topic of the Season and casts numerous young ladies – many of whom have never seen him – into a fever of anticipation.

Cassandra Delahaye is not one of them. In her opinion, love affairs and duels, coupled with a reputation for never refusing even the most death-defying wager, suggest that Mr Audley is short of a brain cell or two. And while their first, very unorthodox meeting shows that perhaps he isn’t entirely stupid, it creates other reservations entirely

Sebastian finds dodging admiring females and living down his reputation for reckless dare-devilry a full-time occupation. He had known that putting the past behind him in a society with an insatiable appetite for scandal and gossip would not be easy. But what he had not expected was to become the target of a former lover’s dangerous obsession … or to find himself falling victim to a pair of storm-cloud eyes.

My Thoughts: Stella Riley continues to entertain with humor, providing the reader with a window seat into the antics of men and women who eventually come to terms with what society demands of them.

I enjoy the subtle fun-making author Riley weaves into the plot. Narrator, Alex Wyndham’s marvelous job in nailing down the perfect voice for each character, pulls the story together, delighting any connoisseur who wants to read/listen to a ‘damn good story’!

We get to reacquaint ourselves with memorable and sometimes tedious individuals from the previous reads in the sequel, along with characters of good taste and breeding, already holding a place in my heart.

Lady Sarre, wife to Adrian, first meets Sebastian Audley.  Her grandfather, Mr. Maitland, arrives from Halifax, on his heels.  Then Adrian, looking much like a farm laborer, Earl of Sarre, meets Hubert Maitland. It’s a wonderful scene, showing us what stock Caroline and Adrian come from.

Cassandra Delahaye has been attracted to Sebastian in the past, but since, word of his past roguish ways has put her off.  Cassie is at the marriageable age, a sweet, biddable young woman any mama would like as a daughter-in-law. But Cassie doesn’t like what she sees in the mirror. She’s not happy with herself.  She wants to work outside the box.

Richard Benhalligan, someone who pays attention to Cassie, is a man who blows hot and cold.  Is he, or is he not interested in Cassie?  Are his intentions honorable? And what about Sebastian Audley? Is he interested in her or just playing with her, true to his reputation?

Charles, Cassie’s father, is a father who really cares for his daughter.  It’s very touching. Her French maid, plays a role in giving Cassie more self-esteem.

Sebastian and Adrian, being old friends of youth, and having been years apart, have a wager, privately recorded at Sinclair’s gaming house, which gives Sebastian some protection against himself.  He has problems NOT accepting any wager, and with this one, if he takes any other wager that jeopardizes this private wager, he won’t do it.  Adrian makes a very astute wager!

If you enjoy laughing at how society amuses itself, how men and women deal with the demands of society and their own esteem, you’ll enjoy engaging this read.   I am never disappointed with one of Riley’s books.

I am a lover of books, both reading and writing. 2018 marks the beginning of my own journey from writer to published author. This blog will showcase various authors' thoughts on the elements of novel crafting, and my attempts to find my voice in writing. While journaling this journey, I hope to encourage others to follow their dreams. Book reviews continue as I have the last four years, only making time for my new pursuits.
View all posts by eileendandashi →
This entry was posted in Audiobook, Audiobook Review, Historical Romance, Regency Romance, Romance and tagged Audiobook Review, Historical Regency Romance, Stella Riley, The Wicked Cousin. Bookmark the permalink.