Posted on November 16, 2017 by eileendandashi 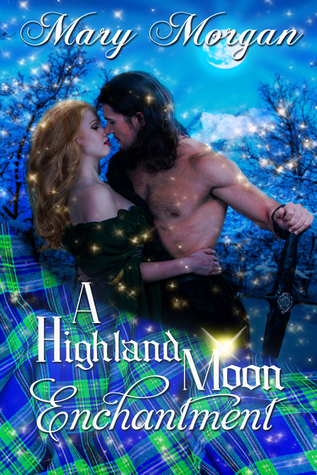 Publisher’s Summary:
Irish warrior, Desmond O’Quinlan has never surrendered his heart to any woman. He has no wish to have his soul tortured by love. Yet, the moment he locks gazes with Ailsa, his fate is destined for an adventure he never fathomed. He may have battled alongside a Dragon Knight, but his greatest challenge will come from within his own heart.

My Thoughts: This novella, however longer than most, is a most pleasurable return to the world of the Dragon Knights. Having enjoyed the complete series, I read with eagerness.

Morgan entertains, mixing fantasy with men of honor, who find their other halves in women of strength, compassion and fortitude. One of the many twists is the women are from the future or have lived much of their lives there.  So if you are a time travel fan, this series would interest you.

Morgan’s descriptive world-building, set in a plot propelled with twists and surprises is totally engrossing. When I’ve had the pleasure of listening to her books, the narrator captures the humor, the pacing of the story and its various accents.

In this tale, we reacquaint ourselves with the O’Quinlan brothers from Dragon Knight’s Axe, book 3 of the series. Desmond’s sister, Fiona, is married to Alastair MacKay. The Fae have something to do, okay a lot to do, with pulling strings in the magical mists. Much is at stake for them, as you get to discover.

Anyway, Desmond doesn’t get along with Alastair, adding an element of challenge to the story. Desmond O’Quinlan, an Irish warrior, deals with a further challenge – his attraction of the independent woman, Ailsa MacDuff, also a warrior among her people.

Ailsa is the heir to the Ailsa Craig. She is a woman who can take care of herself, but in certain situations, she’s more than thankful for aid from Desmond.

Desmond is pulled into the deepening struggle the Fae, Fenian Warrior and Dragon Knights have ahead of them. He has been chosen (by the Fae, hence he doesn’t know) to be a leader of warriors to battle what surely will be an epic battle of wills.

Join Morgan as she pulls us into the fairyland of Fae, Fenian Warriors, strong and gifted women along with their men, who must combat great evil. If you haven’t started the series, it’s time to start because the second series is tied to the first.  I, frankly, am overjoyed!

Get the complete series of Order of the Dragon Knights, on sale as a set in December, but can be pre-ordered now. All five books for only $5.99! 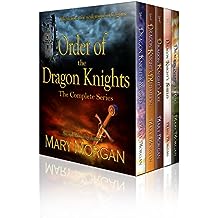 I am a lover of books, both reading and writing. 2018 marks the beginning of my own journey from writer to published author. This blog will showcase various authors' thoughts on the elements of novel crafting, and my attempts to find my voice in writing. While journaling this journey, I hope to encourage others to follow their dreams. Book reviews continue as I have the last four years, only making time for my new pursuits.
View all posts by eileendandashi →
This entry was posted in Action/Adventure, Book Reviews, Fantasy, Fantasy Romance, Fantasy Romance Author, Highland Romance, Highland Stories, Historical Romance, New Book Release, Time Travel and tagged A Highland Moon Enchantment, Book Review, Mary Morgan, novella, Order of the Dragon Knights. Bookmark the permalink.

4 Responses to Releases Tomorrow: A HIGHLAND MOON ENCHANTMENT, a tale from the Order of the Dragon Knights by Mary Morgan A continuance of the Dragon Knight’s story ~ a great book to read while waiting for book 2 of the Legend of the Fenian Warriors.