True Crime — DEATH OF AN ASSASSIN by a former attorney of criminal and medical law. A most compelling read! Here’s a true crime, indeed, stranger than fiction!

Posted on September 1, 2017 by eileendandashi 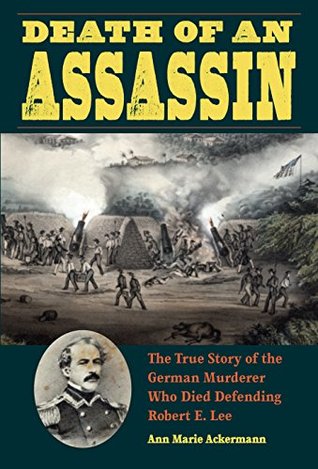 Publisher’s Summary:
From the depths of German and American archives comes a story one soldier never wanted told. The first volunteer killed defending Robert E. Lee’s position in battle was really a German assassin. After fleeing to the United States to escape prosecution for murder, the assassin enlisted in a German company of the Pennsylvania Volunteers in the Mexican-American War and died defending Lee’s battery at the Siege of Veracruz in 1847. Lee wrote a letter home, praising this unnamed fallen volunteer defender. Military records identify him, but none of the Americans knew about his past life of crime.

Before fighting with the Americans, Lee’s defender had assassinated Johann Heinrich Rieber, mayor of Bönnigheim, Germany, in 1835. Rieber’s assassination became 19th-century Germany’s coldest case ever solved by a non–law enforcement professional and the only 19th-century German murder ever solved in the United States. Thirty-seven years later, another suspect in the assassination who had also fled to America found evidence in Washington, D.C., that would clear his own name, and he forwarded it to Germany. The German prosecutor Ernst von Hochstetter corroborated the story and closed the case file in 1872, naming Lee’s defender as Rieber’s murderer.

Relying primarily on German sources, Death of an Assassin tracks the never-before-told story of this German company of Pennsylvania volunteers. It follows both Lee’s and the assassin’s lives until their dramatic encounter in Veracruz and picks up again with the surprising case resolution decades later.

This case also reveals that forensic ballistics—firearm identification through comparison of the striations on a projectile with the rifling in the barrel—is much older than previously thought. History credits Alexandre Laccasagne for inventing forensic ballistics in 1888. But more than 50 years earlier, Eduard Hammer, the magistrate who investigated the Rieber assassination in 1835, used the same technique to eliminate a forester’s rifle as the murder weapon. A firearms technician with state police of Baden-Württemberg tested Hammer’s technique in 2015 and confirmed its efficacy, cementing the argument that Hammer, not Laccasagne, should be considered the father of forensic ballistics.

The roles the volunteer soldier/assassin and Robert E. Lee played at the Siege of Veracruz are part of American history, and the record-breaking, 19th-century cold case is part of German history. For the first time, Death of an Assassin brings the two stories together.

My Thoughts: The author shares her extensive research and expressive telling of this true crime which led to the convergence of many events in the moment the assassin, himself, was killed.

How did the murderer of a mayor in Germany come to be part of a group of men commanded to protect Robert E. Lee at the Seige of Veracruz in the Mexican American War?

Ackermann’s methodical and interesting scene description pulls the reader into the crime — from the act of murder in the town of Bӧnnigheim to the death of the assassin, himself.  She painstakingly shares the investigative process available in 1835 which the investigative magistrate, Eduard Hammer, uses to try to find the assassin. Each event is footnoted with a supporting fact document Ackermann uses to pull her telling into a cohesive and complete one.  Many old photos are included in the book, providing additional understanding of the circumstances.

Her compelling style of writing, along with the steady, coherently described stream of events make the read move quickly. Her chapter transitions primed me for the next chapter. She seemed to anticipate my questions, for she answered every single one.

I hadn’t expected to have the record of events so well-preserved.  Investigator Hammer pursued the crime ruthlessly, even using a new means, which history records discovered some 50 years later, to figure out what type of gun had been used by the assassin, hoping this would give him a lead.  I found it interesting in those days, if the case had not been solved in a two-week time, the crime isn’t usually solved.

I really liked the fact this particular work had a wider focus of historical events more than the assassination of a mayor in Wurttemberg in 1835 and then the assassin’s own death in defending Robert E. Lee.  Frankly, Ackermann well describes the existing events and coincidences (or were they?) in bringing us to the final questions.   Did he actually die a hero? Is it possible people can change that much?

Robert E. Lee’s life was most interesting to me since the recent statue removals in the southern U.S., his being one of them.  I found out he was very important to the U.S. working and managing a very successful project through the Corps of Engineers to reopen the Mississippi River as the silt was narrowing the channel and steamers could no longer travel the river. He was also very instrumental in the Mexican-American War, his first opportunity to experience combat. Is it possible we look at history with too narrow a vision?

The story is a testament to how important NOT having the means for education is. It is a factor in the development of good citizens.  It also plainly exposes how one’s reputation (however one comes by it) can damage a man’s chances for success.  The assassin and Robert E. Lee weren’t much different in their need for career growth.  The means of getting there are vastly different.

A very worthwhile read and one every history buff would enjoy. 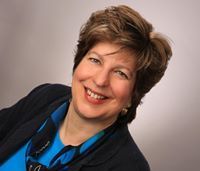 About the Author: Ann Marie Ackermann is a former American prosecutor who now lives in Bönnigheim, Germany, where the murder in “Death of an Assassin” took place. She’s a member of Bönnigheim’s historical society, another regional German historical society, and the Military Writers Association of America. Her work has appeared in both academic journals and popular media in the United States, Great Britain, and Germany. In her spare time, she enjoys watching birds and tooting on her French horn.

I am a lover of books, both reading and writing. 2018 marks the beginning of my own journey from writer to published author. This blog will showcase various authors' thoughts on the elements of novel crafting, and my attempts to find my voice in writing. While journaling this journey, I hope to encourage others to follow their dreams. Book reviews continue as I have the last four years, only making time for my new pursuits.
View all posts by eileendandashi →
This entry was posted in Book Reviews, New Book Release, Non-Fiction and tagged Ann Marie Ackermann, Book Review, True Crime. Bookmark the permalink.