Posted on June 2, 2017 by eileendandashi 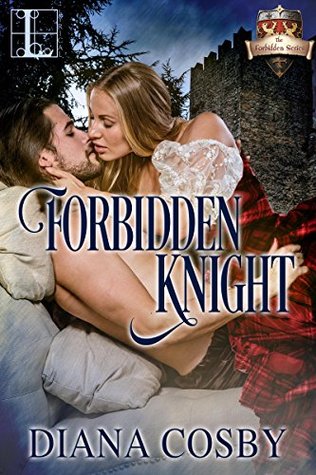 Deep within Scotland, a healer and a warrior join forces to protect Scotland’s future . . .

There is an intruder in the woods near King Robert Bruce’s camp, but when Sir Thomas MacKelloch comes face-to-face with the interloper, he is shocked to discover his assailant is a woman. The fair lady is skilled with a bow and arrow and defiant in her responses. The wary Knight Templar dare not allow her beauty to lower his guard. Irritated by his attraction, he hauls her before his sovereign to expose her nefarious intent.

Outraged Sir Thomas dismissed her claim, Mistress Alesone MacNiven awaits the shock on the arrogant knight’s face when he learns that she has told the truth. But it is she who is shocked, and then horrified, as it is revealed that her father, the king’s mortal enemy, has betrothed her to a powerful noble, a deal that could jeopardize the king’s efforts to unite Scotland. Robert Bruce orders Sir Thomas to escort Alesone to safety. As they embark on a harrowing journey through the Highlands, Alesone tries to ignore her attraction to the intimidating warrior, but as she burns beneath Thomas’s kiss she realizes this fearless knight could steal her heart.

My Thoughts:  Author Diana Cosby’s books take the reader deep into minds of conflict, most of their inner conflict is as intense as danger from without.  Her writing style, descriptive scenes in historical settings put me on site experiencing the history of the time. Additionally, her special characters make her a go-to favorite of mine. This is the third series Cosby is writing.  If you haven’t discovered her work until now, you have two other fantastic series to read — The MacGruder Brothers and The Oath Trilogy.

I read/reviewed book one. If you haven’t read it, stop a moment and read my review of Forbidden Legacy.  The link is above the Publisher’s Summary.  It will explain some of the background of the Templar Knights, why a select few are in Scotland, why the Knights find themselves no longer in Brotherhood.  These are trying times for the Templar Knights who had given their lives to protect the weak and wrongly accused, finding themselves now wrongly accused,  and used as pawns.  Will the goodness of these men find their places of happiness outside the Brotherhood?

Templar Knights have a moral compass, one strong and unbending with phenomenal weaponry skills, and acute minds.  They are chaste men who live much like monks within the Brotherhood.

Sir Thomas MacKelloch has lost his compass.  He can’t go home to his family, nor back to a Brotherhood which no longer exists.  He’s full of guilt for the accidental death of his beloved brother, many years back.  He dared his brother to fight with swords in a dangerous setting; he fell into a raging river.  Thomas had been a young man at the time, just become a squire.  It changed his life.  The Brotherhood had been a place of satisfaction, but never one to be happy.  Once his mission for the Templar’s was completed he decided he would join his sword with Robert the Bruce.

Alesone had been brought up by a healer, and is grieving for her death – her father’s men killed her.  They found her dear friend through an action Alesone did as a healer.  She’s not only grieving, but has lots of guilt.  She is a kind and gentle woman, yet quite capable of taking care of herself with her skill with a bow, arrow and daggers.  She’s also a woman of determination, fortitude, inspiring trust and loyalty from those who meet her.

They both are broken, bleeding with guilt and sorrow, not aware happiness can be obtained.

A life alone. A life without a bond. A life buried beneath service to others.

Thomas is attracted, but knows he cannot offer anything to the woman.  Alesone is attracted, but knows she cannot provide him the kind of home he should have. She is running from her father and until he’s dead, she must keep on running.  Thomas hesitates to commit to anything other than friendship.  But his thoughts tell us differently.  Then his actions follow suit, yet his mind is blasted stubborn.  God’s teeth, man, get some bollocks! Well, you see, they made me a wee bit frustrated!

These two are so back and forth with their feelings, at a point, I wanted to just shake the daylights out of them both.  When one decided they might have a chance together, the other withdrew.  Then feelings were hurt and explanations needed to be made.  Ugh! Couldn’t they see they were meant for each other?

Cosby brings all this turmoil to a blissful end when Thomas and Alesone finally accept what their hearts tell them.  You’ll love the battle scenes of danger with Alesone right in the thick of it, the love scenes of passion and tenderness, and the scenes of forgiveness.  If you’re like me, you’ll certainly shed a few tears. I’m looking forward to continue the series with the other Knights Templar, who, too, will find their true love and happiness.

I am a lover of books, both reading and writing. 2018 marks the beginning of my own journey from writer to published author. This blog will showcase various authors' thoughts on the elements of novel crafting, and my attempts to find my voice in writing. While journaling this journey, I hope to encourage others to follow their dreams. Book reviews continue as I have the last four years, only making time for my new pursuits.
View all posts by eileendandashi →
This entry was posted in Book Reviews, Diana Cosby, Highland Romance, Highland Stories, Historical Romance, Medieval Romance, New Book Release, Romance and tagged Diana Cosby, Forbidden Knight, Forbidden Legacy, Medieval Historical Romance, Scottish Historical Romance, The Forbidden Series. Bookmark the permalink.