Posted on October 19, 2016 by eileendandashi 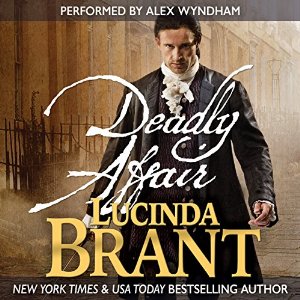 Publisher’s Summary: Career diplomat Alec Halsey has been elevated to a marquessate he doesn’t want. His lover has decided she won’t marry him after all. What’s more, the suspicion that he murdered his brother still lingers in London drawing rooms. So returning to London after seven months’ seclusion may have been a mistake.

Alec’s foreboding deepens when a nobody vicar drops dead at a party-political dinner, he witnesses the very public humiliation of an up-and-coming portrait painter, and his rabble-rousing uncle Plantagenet is bashed and left for dead in a laneway. When the vicar’s true identity is revealed, Alec suspects the man was poisoned. But who would want a seemingly harmless man of God murdered, and why?

Lucinda Brant’s Alec Halsey mysteries explore the darker side of her deliciously romantic 18th century world. Along with trademark wit and high drama there are deeper subplots and even quirkier characters that will have you shuddering and laughing in equal measure!

My Thoughts:  When interested in a great descriptive setting in a well-researched period of London 1700’s, turn to author Lucinda Brant as your go-to source.  In her cozy-style mystery, and the awesomeness of her smooth-talking narrator, I was carried easily into the Georgian society of luxury, experiencing the all too important social acceptability based on parentage, and social climbers who  do most anything to be part of the esteemed fabric of society.

The author knows well how to build tension through the book and with her rich-textured cast, detailed description, she takes you to 1763.  Her story, figuratively, leads to a garden maze so popular at the time.  You think you know your way out, but no resolution is in sight.  As the story takes hold she’ll weave pieces of the plot together, much like a French braid, where all becomes complete, with just a strand or two left dangling.  That’s why among other reasons,  I intend to read the last book of the series, Deadly Peril.

Alec, Lord Hausey, having the physique of a Greek God, handsome to a fault (women drool and their mamas work to present their daughters), has decided Selena, of noble birth, to be his.  He loves her, giving her one year to mourn her previous husband. Alec, a gentleman and sometimes tediously detailed and aloof, is enamored with Selena and will win this woman for his own.  Surprisingly, Selena rather be his mistress than wife.  This seems oddly strange and intrigues me.  A mystery within a mystery. Alec doesn’t come with pure ancestry.  He is, however, very intelligent, compassionate and has a mind capable of drawing a full picture with few pieces missing. He is the man of the hour, the man who takes the helm of the ship and steers it to safety.

While at a painting exhibition, he is approached by one young painter whose painting style is very much to Alec’s taste. The young painter, is none other than Selena’s younger brother.  He is also one of the painters being spotlighted at the exhibition.  In fact, his very best work is being uncovered at the gathering.   When unveiled, it is found mutilated, savagely marred with red paint.  Who would do such a thing?  The younger brother goes into a deep funk.  Alec wants to help come to the bottom of who might have done it. Selena knows who the painting is of and remains silent. The woman and child are recluse in the country. Surprises arise giving more mystery, more hints.

Sir Charles Weir, the secretary of the present duke of Cleverly, is in a tight spot, and has asked Alec to help him in his quest.  He’s concerned the present duke will retire his seat in Parliament, thereby creating a domino affect for many, changing opportunities of livelihood.  Ever the gentleman, Alec, complies.

Tam, the self-appointed valet to Alec is on the verge of losing his station.  Alec wants him to be certified by the apothecary society.  He sends him off to study and subsequently Tam overhears words at a coffee-house, adding more information and mystery to this ever enlarging situation.  Tam, though young, has seen a lot in his life, has experienced medical necessities with his mentor and vicar, Mr. Blackwell,  who recently died at Sir Charles’s home. Another who dun it, here.

A character who reappears from book 1 is one of my favorite, Plantagenet Halsey.  As before, he is a man who quickly makes up his mind about people — he’ll call them like they are.  His role and character provides comic relief to a tension-building ending.  Although elderly, he steps right into the quagmire of mystery and danger, willingly helping his nephew, Alec.

The woman in the painting Plantagenet likes immediately.  Selena also knows this woman who has a secret.  Another mystery to discover.

A more uncouth cast of the story is Lord George, step-son to Lord Cleverly, heir to the dukedom, very slovenly, whimpery, and drinks too much.

Bottom Line:  If you enjoy your historical setting of mysteries brimming with depth, read this series.  Better yet, listen to the series.  The narrator is simply marvelous in his sarcasm and dry tone of this society, and extremely believable in his depiction of character for the many cast members of this read. 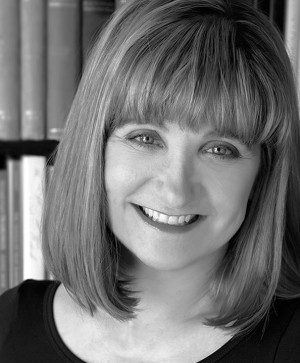 About the Author:   LUCINDA BRANT is a New York Times and USA Today bestselling author of award-winning Georgian historical romances and mysteries. Her novels have been described as from ‘the Golden Age of romance with a modern voice’ and ‘heart wrenching drama with a happily ever after’.

Lucinda has degrees in History and Political Science from the Australian National University and a post-graduate diploma in Education from Bond University, where she was the recipient of the Vice Chancellor’s Award for Excellence in Education. Before becoming a full-time writer, Lucinda taught History and Geography at an exclusive boarding school for young ladies. She drinks too much coffee and is addicted to Pinterest. Come join her there in her 18th Century world: http://www.pinterest.com/lucindabrant/ 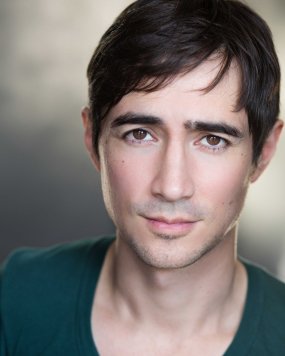 He has a degree in History from Oxford University and went on to study at RADA, graduating in 2005.

His first job as a professional actor was playing Silvius in Kenneth Branagh’s ‘As You Like It’ (2006) while in his final year at drama school.

I am a lover of books, both reading and writing. 2018 marks the beginning of my own journey from writer to published author. This blog will showcase various authors' thoughts on the elements of novel crafting, and my attempts to find my voice in writing. While journaling this journey, I hope to encourage others to follow their dreams. Book reviews continue as I have the last four years, only making time for my new pursuits.
View all posts by eileendandashi →
This entry was posted in Audiobook, Audiobook Review, Historical Romance, Mystery, Romance, Romantic Suspense, Uncategorized and tagged a, Audiobook Review, historical romance, Lucinda Brant. Bookmark the permalink.