Posted on August 4, 2016 by eileendandashi 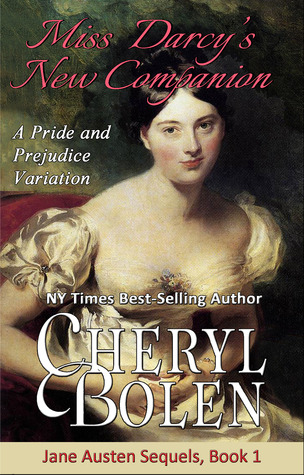 Publisher’s Summary: As the Darcys are about to embark on their wedding trip to Italy, they lose the capable service of Miss Darcy’s long-time companion. What will they do? They cannot leave dear Georgiana without a proper lady for a companion. Elizabeth Darcy’s aunt comes to their rescue, recommending the lovely spinster Lucy Wetherspoon, whose family she has long known. Darcy also asks his neighbor, Lord Fane, to watch out for Georgiana in their absence. At two and thirty, Lord Fane has decided he needs to wed an heiress to restore his ancestral pile. Miss Darcy’s fortune is just what he needs. Then he meets shabbily dressed Miss Wetherspoon, and his world is utterly shaken by the profound feelings the beautiful woman elicits in him. After meddling from misguided-but-well-meaning Mr. Collins, Lord Fane’s honor demands he offer for Georgiana Darcy though his heart will ever belong to her shabbily dressed companion.

My Thoughts:  I always enjoy a story from Cheryl Bolen’s.  Her writing style exemplifies proper form of address among Polite Society druing the Regency era.  Her descriptive scenes actually transport me back in time.

The sensibility of young women, their innocence and proper decorous upbringing is well-defined, making it quite believable when even with a construed slight indiscretion a woman or man can find themselves obliged to marry, even though the young woman is still an innocent. They may even find themselves ‘caught’ by society rules as this story illustrates.

Alexander Farrington, Lord Fane, finds himself in the precarious and uncomfortable position many titled nobilities did during those times.  It is easy to gamble away what you have inherited.  Lord Fane is honorable and tries to economize to pay debt left by his father.  His dedication to family and home strongly suggests he should offer for the hand of Miss Darcy.  She would bring a large dowry into the marriage.

But when Lord Fane meets Miss Darcy’s companion he is hesitant to pursue his plans with Miss Darcy.  Lucy Wetherspoon is everything a gentleman of quality could want—more even, and he greatly admires her.  She is a beauty with exquisite face and form, well-spoken, and delightfully intelligent having been education right along with her brothers.  She is also very humble, shabbily dressed and realizes her position in society.

The pull between Lord Fane and Miss Wetherspoon leads to The Kiss, each realizing it was more than just a kiss.

Mr. Collins, the local clergyman, is a pompous ass, always talking, ad nauseam, about his societal connections.  He has a rather dear, long-suffering wife.  Frankly, I could not be so forgiving.  If I were not only a bystander, I would have told him off!  It all comes down to some misspoken words by Mr. Collins.  How easily the rules of society could destroy one’s life.

Can all be put aright in any event?

This novella is the first of three in the Pride and Prejudice Sequels. It is most elegantly written with lovable characters you cheer to find their happily ever after.A pleasure to experience! 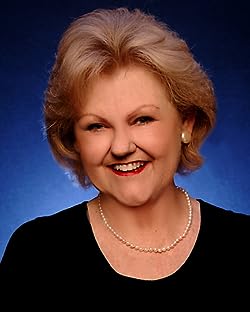 About the Author: Cheryl Bolen is the New York Times, USA Today best-selling author of more than two dozen Regency-set historical romance novels. Her books have placed in several writing contests, including the Daphne du Maurier, and have been translated into eight languages. She was named Notable New Author in 1999, and in 2006 she won the Holt Medallion (Honoring Outstanding Literary Talent) for Best Short Historical Novel. In 2012 she won Best Historical in the International Digital Awards for eBooks published the prior year, and one of her 2011 novellas won Best Historical Novella. Her books have become Barnes & Noble and Amazon bestsellers.

Cheryl recently returned to her first love of romantic suspense and mystery with fast-paced plots featuring heroines in peril and the strong men they can lean on. It was these books which first got her noticed in the publishing world when her manuscripts won many contests.

A former journalist who admits to a fascination with dead Englishwomen, she is a regular contributor to The Regency Plume, The Regency Reader, and The Quizzing Glass. Many of her articles can found on her website, http://www.CherylBolen.com, and more recent ones on her blog, http://www.CherylsRegencyRamblings.wordpress.com. Readers are welcomed at both places.

Cheryl holds a dual degree in English and journalism from the University of Texas, and she earned a master’s degree from the University of Houston. She and her professor husband are the parents of two sons, one who is an attorney, and the other a journalist. Her favorite things to do are watching the UT Longhorns, reading letters and diaries of Georgian Englishmen, and traveling to England.

In addition to many stand-alone novels, Cheryl currently has five series for sale on Amazon.com:

I am a lover of books, both reading and writing. 2018 marks the beginning of my own journey from writer to published author. This blog will showcase various authors' thoughts on the elements of novel crafting, and my attempts to find my voice in writing. While journaling this journey, I hope to encourage others to follow their dreams. Book reviews continue as I have the last four years, only making time for my new pursuits.
View all posts by eileendandashi →
This entry was posted in Book Reviews, Historical Romance, Novella, Regency Romance, Romance, Young Adult and tagged Book Review, Cheryl Bolen, Miss Darcy's New Companioin, Pride and Prejudice Sequels, Regency Romance. Bookmark the permalink.