Good knights of past times valued their honor above all.

Question:  What is more honorable?  To help a married woman in a marital abusive situation or to honor the sanctity of marriage and what convention society demands?  Eoin, childhood friend of Helen, found it difficult to decide how to proceed and with that Amy Jarecki weaves a delicious love story you won’t want to miss!

All books written by Amy Jarecki and presently in audiobook:

About the Story: After five years of marriage, Lady Helen has failed to produce an heir. Giving birth to a lass, Helen’s husband rejects her and openly takes a lover while she endures in silence.

But war is brewing. The MacDonald feud with the crown comes to a head and with it arrives Helen’s childhood friend, Sir Eoin MacGregor. Eoin and his men join with the MacIain Clan to quell the rebellion. But when he witnesses Helen suffer undue humiliation, his troubles escalate tenfold.

If Eoin helps the lady escape, he will break the sanctity of marriage. Worse, the king has commanded Eoin to fight beside her barbarous husband. To rescue Helen from tragedy worse than death, will the gallant knight find the strength to mask his deepest desires to save the woman he’s always loved?

My Thoughts: I read this book about seven months ago and have just finished listening to its narration by Dave Gillies.  I enjoyed the listen and appreciated the story even more the second time around.  Mr. Gillies is in touch with its characters’ emotions, so much so, the reader is drawn into the emotional grip the characters find themselves. I highly recommend this series and Ms. Jarecki’s writing.

Never having birthed a child, author Ms. Jerecki sure made me feel I had in the opening scene of this simply exhilarating highland read.  And with all the pain and near death I experienced, I also got to float on the cloud of bringing into the world a charming little lassie bairn.  It’s wonderful when a talented author propels the reader into the past with her descriptive scenes, have you experience birthing a child during a time in history where many die from childbirth.  To bring a child into the world, may very well be your end.

Quickly you are put into the picture.  Lady Helen has a despicable husband, Sir Aleck – with uncouth words– a pathetic example of a knight, even though in a position of importance–Chieftain of Mingary.

Lady Helen, on the other hand, was long-suffering, soft-spoken and always tried to do her best by her husband.  If any would speak ill of him (and they certainly had cause), she would quietly admonish such talk.  But patience and turning the other cheek can only go so far in an abusive relationship whether physical or mental.  When her husband demonstrated in front of all, his affection (and more) for his leman, Mary, Lady Helen wished to retire to an abbey.  Her husband didn’t even want to see his bairn because she was a lass not a lad.  Life deteriorates most abominately for Lady Helen until those of compassionate heart and bravery step forward to help her out of this quagmire.

We’ve met Eoin before in the series, however, this story is his and Helen’s.  He became my hero, too, as well as Lady Helen’s.  He had choices to make and he had me cheering him on all the way.  I love these kinds of heroes–enough to make my heart pitter patter.  Lady Helen presented quandaries to him; the knight side of him, the man part of him, the moral and right part of him speaking at once.

Sir Eoin had loved Lady Helen long before her marriage to Sir Aleck; even when she was a wee lassie.  Could he stand back and watch her mistreated, violently hit by her husband?  Sir Aleck was so unlikeable even when not considering how he treated his wife, that Sir Eoin felt like running him through with his sword just to rid the world of filth.  But unfortunately, they were fighting for the same king and he had to tolerate the man.

Family is an important part of this story.  How will they react to Lady Helen’s decision to leave her husband?  Will they ridicule her, return her to him, disown her?  Place her in an abbey?  Will Sir Eoin be judged poorly?

I’ve enjoyed the earlier books of this series and this one is as enchanting as the others.  Amy Jarecki writes stories leaving the reader/listener happy and wholly satisfied that good CAN edge out evil if the hero and heroine’s love is pure, deep and enduring. 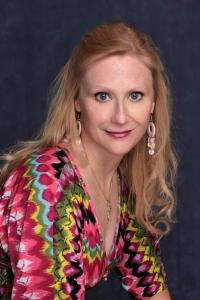 About the Author: Amy loves Scotland! She holds an MBA from Heriot-Watt University in Edinburgh and now resides in Southwest Utah with her husband where she predominantly writes historical romance. Amy is the president of the Heritage Writers Guild, and a member of the Celtic Hearts Chapter of the Romance Writers of America and lectures on writing topics. Amy’s first published novel, now titled Boy Man Chief, won the League of Utah Writers award for Best Manuscript, and the St. George Spark Book Award. Since then, she has won many other writing awards. Her novels, Captured by the Pirate Laird, The Highland Henchman and Beauty and the Barbarian achieved bestseller status on Amazon’s Scottish Historical Romance genre list.

I am a lover of books, both reading and writing. 2018 marks the beginning of my own journey from writer to published author. This blog will showcase various authors' thoughts on the elements of novel crafting, and my attempts to find my voice in writing. While journaling this journey, I hope to encourage others to follow their dreams. Book reviews continue as I have the last four years, only making time for my new pursuits.
View all posts by eileendandashi →
This entry was posted in Audiobook, Audiobook Review, Highland Romance, Highland Stories, Historical Fiction, Historical Romance, Romance, Women's Fiction and tagged Amy Jarecki, Audiobook Review, Highland Dynasty Series, Highland Knight of Rapture, Highland Romance. Bookmark the permalink.