Review: THE DREAM VOYAGERS by David Lyons ~ I felt I was pushed down a rabbit hole just like Alice in Wonderland! 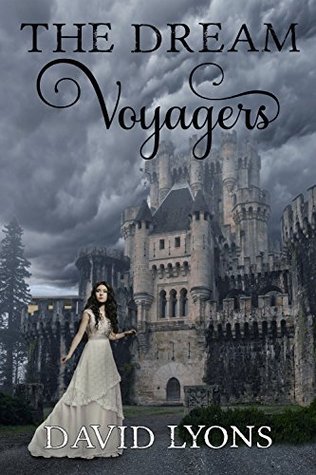 About the Story: The beautiful Elissia’s family built their castle over the gate to the underworld and have protected the location for centuries. But now she is terrified, alone and at the mercy of those searching for the key. Her final hope of salvation lies in people from a different era, Tom Muldoon and The Rainbow Twins, who in a spine chilling and heart-wrenching story, battle against time and the odds to embrace love, save humanity and defend each other.

My Thoughts:  I felt as if I had gotten my head stuffed down a rabbit hole!  Oh, I’m getting ahead of myself, so let’s talk about Tom Muldoon.

Tom Muldoon was a fastidious-type person.  He was more organized than organized, punctual and discerning in his clothing, never dreamed when sleeping.  He also was a little stuck on himself.  You know the type of person, don’t you? He still lived with his mother, who adored him, and so she took care of him.

He was the perfect type to be a curator, so luckily that was his job.  The Pendragon Castle collection of valuables was shipped to the museum where he worked.  This was the start of life unraveling as Tom knew it.  He also met a very strange elder woman, Anna-Marie, who would pop up at the oddest times. One of his bosses was a jerk.  People were being injured.  Yes, life no longer was the same.

His young friends, twins Pippy and Jack, who lived next door had gotten a very raw deal.  One night their parents just disappeared.  Yes, just like that.  When a young constable went to investigate on the grounds of Pendragon Castle (where the couple were headed), he found the strangest thing.  There were tracks – hoof prints of some kind of a two-legged animal.  His sergeant told he must have been mistaken or been drinking, since there weren’t any two-legged hoofed beasts.  Probably just a cow.

Poor Pippy and Jack were delegated to the attic of their own home, since a distant cousin decided to move in to ‘take care’ of the children.  You’ll meet them in the story and you won’t like them anymore than I do.  Jed, who went to the same school as Pippy and Jack, made life unbearable for them.  He did things that made it appear that the twins were responsible.  But good always wins over evil, so Jed will get his comeuppance.

Now since my head was stuffed down this rabbit hole, or where ever I was, sleep seemed to take Tom Muldoon to another world, one where there was good and bad.  He met a beautiful young lady, Elissia, who changed who he was.  Don’t they say that love changes a person? So Tom would rather sleep than wake for he could be with his Elissia.

Elissia was in peril and Tom wanted to save her.  But how could he?  Every time he woke up he was back in his own time.

I must say this story certainly was entertaining and the story grew on me–a story full of demons and keeping them where they belong.  Always more questions needed answering.  And I eventually wanted out of this rabbit hole!

How had Tom gotten roped into this? Great reading entertainment. Although for the young adult, I was an enthusiastic reader.  It frankly made my day!

I am a lover of books, both reading and writing. 2018 marks the beginning of my own journey from writer to published author. This blog will showcase various authors' thoughts on the elements of novel crafting, and my attempts to find my voice in writing. While journaling this journey, I hope to encourage others to follow their dreams. Book reviews continue as I have the last four years, only making time for my new pursuits.
View all posts by eileendandashi →
This entry was posted in Book Reviews, Coming of Age, Fantasy, Historical Fiction, Time Travel and tagged Book Review, David Lyons, The Dream Voyagers, Young Adult Genre. Bookmark the permalink.

11 Responses to Review: THE DREAM VOYAGERS by David Lyons ~ I felt I was pushed down a rabbit hole just like Alice in Wonderland!