Early Review: THE ALL-STAR ANTES UP by Nancy Herkness

I couldn’t keep away from this series!  Wonderfully plotted with a story which leaves you totally satisfied. 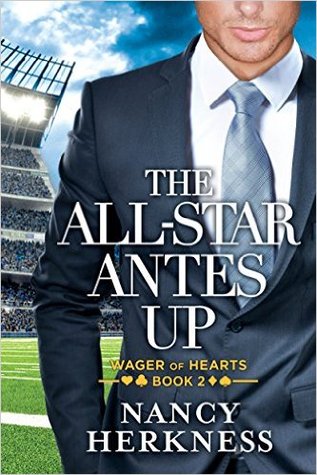 The CEO Buys In
The All=Star Antes Up

About the Story: “No strings, no rings.” That’s Luke Archer’s motto. As the champion quarterback for the New York Empire—not to mention a self-made billionaire—Luke has given up on serious relationships. Women only want him for one thing: the thrill of being with a superstar. And he likes it that way too. But when his best friend announces he’s retiring from football to spend time with his wife and kids, Luke feels like he’s missing out on something much bigger than his career.

The assistant concierge in Luke’s luxury high-rise, Miranda Tate fled her family’s dairy farm to come to the bright lights of New York City. She works hard to move up and sends her spare earnings home to her brother. When she and Luke meet, there’s an instant sexual attraction which turns steamy quickly, but they’re in completely different leagues. Could Miranda be just the woman Luke needs to win the most important game of his life?

My Thoughts: Drunk and sick at heart, Luke Archer makes an asinine wager with two other disillusioned billionaires, Gavin Miller, author, and Nathan Trainor, CEO of Trainor Electronics. Each would focus on finding a woman who would love them, not because of their money and status, rather for whom they are.  Time limit?  One year to find their lady love or forfeit something very precious to each of them.  Envelopes with their forfeit choice were sealed and in good keeping in the safe of the Bellwether Club.

I was able to read this book as an ARC (advanced reader’s copy).  Normally, I don’t get to the novel until much closer to published date or after.  You could not keep me away from this story.  And boy, what a sizzling one it was! Damn good!

Luke Archer got where he was by determination and focus. He had plenty of brawn, but as far as he was concerned, little brain.  Now life just sucked.  He wasn’t getting any younger, his shoulder was giving him problems, and his brother had moved into his plush rooms in The Pinnacle.  What could he look forward to?  How much longer could he remain at the top?  What he really missed was having a real home, with kids and a wife who loved him for who he was.  Not one of those women who saw dollar signs in his eyes.

Luke dealt with the guilt of not measuring up in the eyes of his parents.  Could he blame them?  After all, all he did was run around a field chasing a pigskin. Why couldn’t he have had smarts and do something the world needed?

Coming from the country life, Miranda Tate loved her job at the Pinnacle.  This was her chance to do something worthwhile.  She was the kind of person people turn to.  She was a pleasure to work with – tenants loved her.

So much so, her boss, Orin Spindle, was jealous and tried to spoil her reputation.  Basically, he was the boss from hell.  Anyone out there relate?  I know I’ve had my share!

Luke and Miranda fairly sizzled if in a room with each other.  Luke wasn’t shy to push his advantage.  He liked what he saw in Miranda.

“Miranda slumped back in her chair and considered fanning herself. It was impossible not to respond to Luke Archer’s magnetism. He exuded alpha maleness from the very tall top of his blond head, down over those chair-spanning shoulders, through his washboard abs, and along the hard, curved muscles of his thighs to the big feet encased in high-tech running shoes. And that damned dimple.”

There are several themes running through this book which make it a pleasure to experience. Miranda Tate needed to keep her job so she could pay for the cheese-making equipment on her brother’s farm. So she had to put up with her boss.  She also felt guilty about leaving the farm to follow her own path.

Luke felt he was running out of time.  He was just an aging football player.  He didn’t have an identity of his own.  He was a famous quarterback which had to keep playing.

Nancy sure did her homework where sports was concerned.  She made the games very authentic. Additionally, her scenes of sensual passionate rip-roaring sex were some of the most exciting I’ve read. 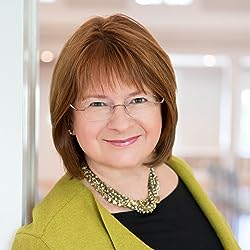 About the Author: Nancy Herkness is the author of the award-winning Whisper Horse series, published by Montlake Romance, as well as several other contemporary romance novels. She is a two-time nominee for the Romance Writers of America’s RITA® award. Her new series, Wager of Hearts, follows the romantic adventures of three very wealthy men who make a life-changing bet.

Nancy is a member of Romance Writers of America, New Jersey Romance Writers, and Novelists, Inc. She has received many honors for her work, including the Golden Leaf Award, the Maggie Award in Contemporary Romance, and the National Excellence in Romance Fiction Award. She graduated from Princeton University with a degree in English literature and creative writing.

A native of West Virginia, Nancy now lives in suburban New Jersey with her husband, two mismatched dogs, and an elderly cat.

For more information about Nancy and her books, visit www.NancyHerkness.com.

I am a lover of books, both reading and writing. 2018 marks the beginning of my own journey from writer to published author. This blog will showcase various authors' thoughts on the elements of novel crafting, and my attempts to find my voice in writing. While journaling this journey, I hope to encourage others to follow their dreams. Book reviews continue as I have the last four years, only making time for my new pursuits.
View all posts by eileendandashi →
This entry was posted in Coming of Age, New Adult, New Book Release, Romance, Young Adult and tagged Book Review, contemporary romance, Nancy Herkness, New Book Release, Romance, The All-Star Antes Up. Bookmark the permalink.