Posted on November 4, 2015 by eileendandashi

About the Story: Set in the opulent world of the 18th century aristocracy, Lucinda Brant delivers another delicious 18th century romantic experience. High drama, witty prose, a deft palette of historical detail, and a weave of subplots will keep you mesmerized from beginning to end.

England, 1763. The Earl of Salt Hendon and squire’s daughter Jane Despard share a secret past of mistrust, heartache, and misery. Forced into a marriage neither wants, the patient and ever optimistic Jane believes love conquers all; the Earl will take some convincing. Enter Diana St. John, who will go to extreme lengths, even murder, to hold the Earl’s attention. Can the newlyweds overcome past prejudices and sinister opposition to fall in love all over again?

Awards for this Book

My Thoughts:  What a wonderful cast of characters!  From the very purest of hearts, Jane Despard, soon to become Lady Salt, to Diane, Lady St. John, whose mind machinations will have you anxiously follow her every move.  This woman is capable of horrendous deeds.  Beware!

New-to-me author Lucinda Brant, provided a fabulous listen and I won’t be able to NOT read/listen to the sequel.  She has me hanging from a precipice. She draws her scenes in such detail I feel the swirl of emotion bouncing in the expanse of the scene.  She captures scrupulously what happens in the mind of an individual when her dark side demands total manipulation of people with the quest to gain her goal.  It leaves the reader shuddering with angst for her victims.  I love to hate her villain!

I enjoyed hearing the jargon of the day in dialog and participate in more than dancing and balls. Narrator Ms. Hussey is easy to listen to, with sharp, well enunciated words.  Her voice is perfect in depicting the innocent demeanor of Jane, to the voice of the Earl, a man whose heart loves Jane, but dares not believe such a thing himself.  After all, didn’t she break off their relationship four years earlier? Or was it the other way around? This is the second time I’ve heard Marian Hussey narrate.  Her voice is extremely versatile, a lower resonance and quite mesmerizing in how she portrays characters.

We got to see what happens below stairs amongst the servants, how loyalties are made or broken.  We participated in the lives of the crème de la crème of society.

I particularly marveled at the in-depth characterization of deranged Diana, Lady Saint John, who had a façade of normalcy, but evil lurked behind her beautiful face and proper demeanor.  She was absolutely terrifying.

Ms. Brant has written quite a few novels. I’ll be delving into her others.  It’s such a pleasure to find another author who pulls the right strings enthralling me, completely entertained for hours! 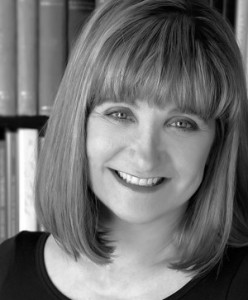 About the Author:   LUCINDA BRANT is a New York Times and USA Today bestselling author of award-winning Georgian historical romances and mysteries. Her novels have been described as from ‘the Golden Age of romance with a modern voice’ and ‘heart wrenching drama with a happily ever after’.

Lucinda has degrees in History and Political Science from the Australian National University and a post-graduate diploma in Education from Bond University, where she was the recipient of the Vice Chancellor’s Award for Excellence in Education. Before becoming a full-time writer, Lucinda taught History and Geography at an exclusive boarding school for young ladies. She drinks too much coffee and is addicted to Pinterest. Come join her there in her 18th Century world: http://www.pinterest.com/lucindabrant/

Here’s a nifty blog to learn more about the author and what she’s written.
http://www.audiogals.net/2015/07/a-chat-with-lucinda-brant-alex-wyndham-a-giveaway-and-first-chapter-listen/#.VjrZ2DZdEtL

About the Narrator:  She has a sophisticated, soothing, educated and professional voice, sometimes sexy. Native accent is an appealing blend of British and Australian. Very versatile. Capable of doing a wide array of character voices, young and old, male and female, with a number of different accents including but not limited to American, British (various dialects), Scottish, Irish, Australian, French. Can adapt for any project; upbeat/conversational for commercials; professional/authoritative for corporate recordings. Child • Teenage Girl • Young Adult Female • Middle Age Female • Senior Female

I am a lover of books, both reading and writing. 2018 marks the beginning of my own journey from writer to published author. This blog will showcase various authors' thoughts on the elements of novel crafting, and my attempts to find my voice in writing. While journaling this journey, I hope to encourage others to follow their dreams. Book reviews continue as I have the last four years, only making time for my new pursuits.
View all posts by eileendandashi →
This entry was posted in Audiobook, Audiobook Review, Dark Romance, Georgian Historical Romance and tagged Audiobook Review, Lucinda Brant, Marian Hussey, Salt Bride, Salt Dedux. Bookmark the permalink.