Posted on October 26, 2015 by eileendandashi 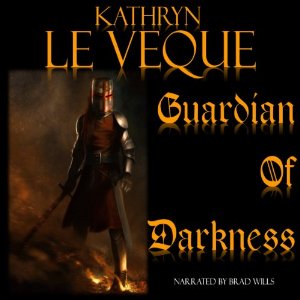 1200 A.D. – After decades of warring between the Lairds of Kerr and Prudhoe Castle in Northumbria, a tentative peace is reached. The Lady Carington Kerr is sent to Prudhoe as a hostage to ensure her father’s good behavior, and a more reluctant hostage there never was.

Small and dark, with emerald eyes and a luscious figure, she is as gorgeous as she is fiery. Enter Sir Creed de Reyne; a gentle giant of a man, he is, by nature, calm and wise. He is the ice to Carington’s fire. As Carington resists the attempts to keep her in her English prison, Creed is placed in charge of the captive as both jailer and protector.

But Creed is also as reluctant a protector as she is a hostage; six months prior, he had been given the important assignment of escorting Isabella of Angouleme from France to England as the bride of King John. Isabella, a woman-child of twelve years, was smitten with Creed from the start. When he spurned her advances, she fabricated a story of Creed’s indiscretions against her and brought the king’s wrath upon him. Creed fled to Prudhoe and straight into another assignment guarding a firebrand of a young woman.

Creed soon discovers that Carington is far different from the petty child who would become queen and against both his judgment and his wishes, he falls for the Scots lass. Suffering through tragedy and triumph, Creed and Carington have a love that only strengthens with each passing moment. Even when Creed is forced to flee for his life and leave Carington behind, their only thoughts are of being together again.

With Isabella and King John closing in, Creed and Carington must fight for their very survival as two countries and a kingdom seek to separate them.

My Thoughts: Lady Carington of Clan Kerr was a young, green-eyes girl who wouldn’t abide being a hostage for the sake of a truce between clans, and with little else of material wealth in her life, she was only able to fight with her obstinate demeanor and fiery temper. On her way to Castle Prudhoe, Scottish in the midst of Sassenach, a woman whose heart was caught by one huge Sassenach (her guardian) with a heart as large, changed what was wrong to what became right.

I loved the way the relationship between the Scottish woman and captor grew.  Even though she didn’t want to be where she was, her will did not matter.  She found herself in  an enemy’s castle, and surprisingly enough she found friendship and harmony.  This story exemplifies how much we are the same.

Whether English or Scottish in 1200 A. D. or I could pull us into the 21st century, how much the people of our worst enemy and ourselves have much the same yearnings of the heart, humanity is much the same.  Isn’t the bottom line of our lives, love of family and peace in our daily lives?

Sir Creed De Reyne and his brother, Sir Ryton, were wonderful men and brothers, full of honor and knightly skills, but, unfortunately, evil lurked and good did not follow a simple path.

Lady Christina and Lady Julia were Lady Carington’s peers within the castle.  Christina became her friend, but Julia, coerced by evil full of hostility and revenge (not worth mentioning his name!), loved Sir Creed in silence, and eventually played a pivotal role in Sir Creed’s discovery of his brother’s death.

Sir Creed could not believe his good fortune in the relationship that ensued between Lady Carington and himself. He had never been drawn to a woman such as this before.  Could anything come of his feelings? He was also dealing with accusations from the king which complicated his life and further dealings with the Pope. Why couldn’t he just fall in love with a woman and live happily ever after?

I loved the voice narrator Brad Wills used for Sir Richard, lisp and all.  Also his voice for Julia and her emotional state and near-edge insanity, made me a believer and was just phenomenal.  I never think of Mr. Wills as a male when he depicts female voices and his voice is well, dare I say sexy, when he portrays the hero?  His eye to detail in the reading and portrayal of the characters, pulls you within the scene, experiencing the turmoil, emotion and pain.  I know of no other narrator in the medieval romance genre who carries me into that period of time as succinctly as this narrator. Reader, he will mesmerize you with his reading.  I’m so happy that author Kathryn Le Veque has him narrating for her.  The combination will entice you to listen to the read more than once.

Never dissatisfied with a book from Kathryn Le Veque, and when paired with narrator Brad Wills, I have no doubt – YOU. WILL. ENJOY!

About the Narrator: Brad Wills has been narrating audio books for a little over two years, specializing in the Historical Romance genre.  His most frequent collaborators are Kathryn Le Veque, Suzan Tisdale, and Amy Jarecki.

Other titles he has narrated for Ms. Le Veque include THE WHITE LORD OF WELLENSBOURNE, LORD OF THE SHADOWS,  NETHERWORLD, BEAST, SCORPION, DEVIL’S DOMINION and SERPENT.

Before diving into the realm of audio book narration, Brad spent 20 years in New York as an actor/singer.  His credits include the 20th Anniversary Broadway revival of ANNIE, touring with MAMMA MIA! and THE WIZARD OF OZ, and numerous regional productions.  As a singer, Brad made appearances in several cabaret shows, and sang with the á Capella jazz octet Pieces of 8, with whom he recorded the album FALLING TOGETHER.  He was also featured on the Grammy-nominated (Best Opera Recording, 2004) studio recording of composer Edward Thomas’ operatic adaptation of DESIRE UNDER THE ELMS

I am a lover of books, both reading and writing. 2018 marks the beginning of my own journey from writer to published author. This blog will showcase various authors' thoughts on the elements of novel crafting, and my attempts to find my voice in writing. While journaling this journey, I hope to encourage others to follow their dreams. Book reviews continue as I have the last four years, only making time for my new pursuits.
View all posts by eileendandashi →
This entry was posted in Audiobook, Audiobook Review, Highland Romance, Highland Stories, Historical Romance, Medieval Romance, Romance and tagged Audiobook Review, Brad Wills, historical romance, Kathryn Le Veque, Medieval Romance, The Guardian of Darkness. Bookmark the permalink.