Review of A VIKING FOR THE VISCOUNTESS by Michelle Willingham

A Viking lives only for honor to please his gods. A Viscountess denies all pleasure waiting for a husband six-years missing. There is much we don’t understand and much we wish we could.

Book Description: Juliana Arthur, the Viscountess Hawthorne, has been thrown out of her husband’s estate and her marriage declared invalid. With a small son to care for, she desperately needs a strong hero to rescue them from poverty and suffering.  A Viking wasn’t quite what she had in mind.  Arik Thorgrim is caught between worlds. After dying from a battle wound, he expects to find the glory of Valhalla where he can dwell among the gods. Instead, he’s brought forward a thousand years in time, to a beautiful woman who tempts him beyond reason.  Juliana doesn’t know what to do with this sinfully handsome Viking warrior who brings weapons into a ballroom and refuses to be tamed. Yet beneath his barbaric ways is a man of honor, a man who vows to face down her enemies and fight for her son’s future. But as Arik wages a battle against her heart, Juliana is afraid of loving a man whose time has already run out…

My Thoughts: My dear reader, be careful what you wish for; you know not what forces will be in play to make it happen! And once it is realized, are you strong enough to hold on to it?

I love time travel. That’s a fact. I was pulled into the story from the first scene by talented Michelle Willingham who produces a tale like no other. Juliana Arthur from Regency times was a desperate woman who wasn’t concerned for herself, just her son, a young lad of five years. She wished to have a strong hero rescue her before they would starve and winter set in. The gods provided her more, much more in the breathtakingly handsome Viking.

Arik realizes all is not right. The woman spoke Norwegian, his mother tongue, but didn’t act or look like any woman from his time. What kind of trick had the gods played on him? He had died, but where was he? He came to the conclusion he would have to prove he was honorable enough to go to Valhalla, the great hall of fallen warriors, to join the god Odin. He was one determined man leaving no quarter for Juliana’s escape! He would provide for her, get back what was hers.

He was at a big disadvantage, travelling 1,000 years into the future changed all he knew. His brawn and bravery weren’t all he would need. Yet, he would make her world right before he passed into Valhalla. But would he leave his heart?

Juliana thought him a mad man, but couldn’t forget the night he saved her from certain death. He couldn’t be all bad, could he?

This is a sweet and sensual story of second chances–and maybe a third. I was well pleased with the author combining two historical time periods into one appealing plot which provided much amusement and good feeling that we beings are all looking for security and love and just maybe, maybe the gods will be on hand to help us have them. 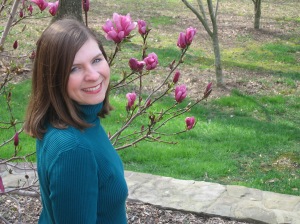 About the Author (as written on her website): RITA® Award Finalist Michelle Willingham grew up in a military household which took her all over the world, including Thailand, Germany, and England. She wrote her first historical romance at the age of twelve and was delighted to fill up eight pages of a legal pad. As her binders of stories grew, she was convinced that one day she would achieve her dream of being an author. Thankfully, most of her early stories have been destroyed and are unavailable for blackmail.

She married a rocket scientist, and they live in southeastern Virginia. When she isn’t writing historical romances, she loves to cook, read, and avoid exercise at all costs.

Here’s an interview video on Ms. Willingham’s author page with Amazon, talking about her Viking cover shots for Harlequin. http://www.amazon.com/Michelle-Willingham/e/B002BLU984/ref=ntt_dp_epwbk_0

I am a lover of books, both reading and writing. 2018 marks the beginning of my own journey from writer to published author. This blog will showcase various authors' thoughts on the elements of novel crafting, and my attempts to find my voice in writing. While journaling this journey, I hope to encourage others to follow their dreams. Book reviews continue as I have the last four years, only making time for my new pursuits.
View all posts by eileendandashi →
This entry was posted in Book Reviews, Historical Romance, Regency Romance, Romance and tagged A Most Peculiar Season Series, A viking for the Vixcountess, historical romance, Michelle Willingham, Viking Mythology. Bookmark the permalink.