Posted on November 11, 2014 by eileendandashi 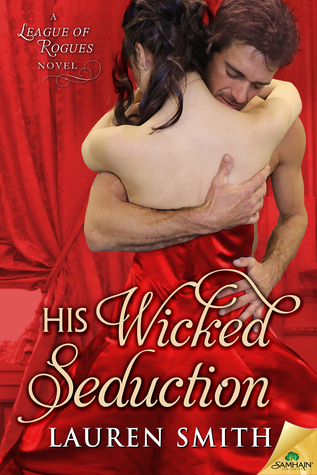 Can the League’s most wicked rakehell be tamed? Or has this Rogue fallen too far?

Horatia Sheridan has been hopelessly in love with Lucien, her brother’s best friend, ever since he rescued her from the broken remains of her parents’ wrecked carriage. His reputation as London’s most notorious rakehell doesn’t frighten her, for under his veneer of cool authority she has glimpsed a man whose wicked desires inspire her own.

Lucien, Marquess of Rochester, has deliberately nurtured a reputation for debauchery that makes every matchmaking mother of the ton quake with fear. His one secret: he is torn between soul-ripping lust for Horatia, and the loyalty he owes her brother.

That loyalty is put to the test when an old enemy of the League threatens Horatia’s life. With Christmas drawing near, he sweeps her away to his country estate, where he can’t resist granting her one wish—to share his bed and his heart.

But sinister forces are lurking, awaiting the perfect moment to exact their revenge by destroying not only whatever happiness Lucien might find in Horatia’s arms, but the lives of those they love.

Warning: This book contains an intelligent lady who is determined to seduce her brother’s friend, a brooding rake whose toy of choice in bed is a little bit of bondage with a piece of red silk, a loyal band of merry rogues and a Christmas love so scorching you’ll need fresh snow to extinguish it.

My Thoughts: The league of rogues, although sarcastic with each other as one is with  good friends and from time to time physical blows meted out, they were more than close. Each protected the other with their life. Their friendship endured through the years and had grown even closer. The league was established on one tragic night while at Cambridge University. From that night forth, there was an unbreakable bond between these five men. Danger lurked because Hugh Waverly was seeking revenge from that night’s tragedy. Charles, the Earl of Lonsdale still had nightmares of his drowning. He very nearly was, but his friends rescued him and in the fight one of Hugh’s friends had died.

Now Hugo was back in London and Lucien was worried. The league was worried.  The league had to be more vigilant. This is where the reader learns there is more to Lucien that just bedding women. He truly wanted to protect his friends and their sisters, because he knew Hugo would seek his revenge, just not how.

Lucien had always wanted to protect Horatia, especially after her parents were killed in a carriage accident. Luckily, she was spared with only a broken arm. Lucien was the first to get to the carriage and pulled her out, calming her hysteria and anguish over being in the carriage with the bodies of her dead parents. Horatia had been only 14 years old. She idolized Lucien, even knowing he was a rake. And Horatia had turned into a beautiful woman so these last few years Lucien had been protecting her from himself. He avoided her whenever he could and if he couldn’t he was cold and withdrawn. He had to be or he’d have her in his bed and he knew what would await him if he had. Rule 2 of the league was very clear about sisters. It read:

“One must never seduce another member’s sister. Should this rule be broken, the member whose sister was seduced has the right to demand satisfaction.”

Lucien treasured his friends too much to lose them to seducing any of the league’s sisters. Again however, he was at hand when Horatia’s life was in danger. She had almost been run down by a carriage when he barely saved her. It was no accident. Someone either wanted him or dead. Danger was closing in.

Cedric virtually brought up his two sisters after his parents died in the accident. Now, seven years later, they were of the age where they wanted to marry, but Cedric dared not think what life would be without them around. So he clung to them, making sure to scare off all possible suitors, until Audrey had had enough. She was something of a flirt, quite brazen with a desperate want to get married. She was also very talented in knowing how to dress quite fashionably. There are some very funny scenes where Charles, one of the rogues, tries to help her with her scheme to get married. You’ll laugh seeing how Cedric deals/or not with her ploys.

Lucien’s mother is rather a character. She speaks her mind frankly. She has her own 3 younger sons blushing prettily when she talks about the relationships they have with females of their acquaintance. They are dutiful sons (when pressured), so when asked by their mother to persuade Lucien to marry Horatia, the results were not very desirable.

There is no doubt these rogues once they meet their match are besotted and deeply in love. Godric found his in book 1 and Lucien in book 2. Who will be the next rogue in book 3? This was a fun read in every sense. If you enjoy hot historical romance in the Regency period, Lauren Smith should be part of your to-be-read list. 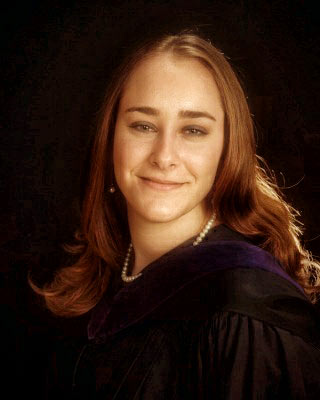 About the Author: Lauren Smith is an attorney by day, author by night, who pens adventurous and edgy romance stories by the light of her smart phone flashlight app. She’s a native Oklahoman who lives with her three pets—a feisty chinchilla, sophisticated cat and dapper little schnauzer. She’s won multiple awards in several romance subgenres including being an Amazon.com Breakthrough Novel Award Quarter-Finalist and a Semi-Finalist for the Mary Wollstonecraft Shelley Award.

I am a lover of books, both reading and writing. 2018 marks the beginning of my own journey from writer to published author. This blog will showcase various authors' thoughts on the elements of novel crafting, and my attempts to find my voice in writing. While journaling this journey, I hope to encourage others to follow their dreams. Book reviews continue as I have the last four years, only making time for my new pursuits.
View all posts by eileendandashi →
This entry was posted in Book Reviews, Historical Romance, Regency Romance, Romance, Romantic Suspense, Women's Fiction and tagged His Wicked Seduction, historical romance, Lauren Smith, Regency Romance, The League of Rogues Series. Bookmark the permalink.

4 Responses to Lauren Smith’s HIS WICKED SEDUCTION, A League of Rogues Novel Review