Posted on September 25, 2014 by eileendandashi

Don’t miss out on some great giveaways with many chances to win throughout the tour! 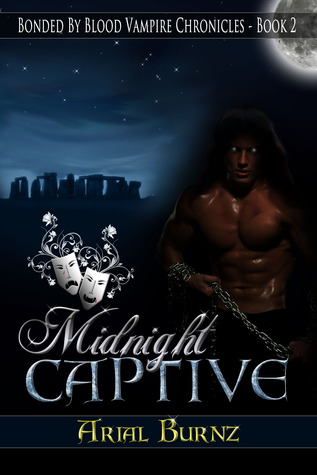 Genre: Paranormal Romance set in against a historic backdrop

CAILIN MAC DOUGAL has lived a dangerous life being the adopted daughter of vampire Broderick “Rick” MacDougal, so she had no choice but to learn to fight in order to protect herself. However, such behavior is hardly desirable in a dutiful wife who’s supposed to embroider and run a household. This aggressive side of her behavior should be easy enough to hide from her betrothed…shouldn’t it?

After being away at fencing school for seven years, JAMES KNIGHTLY has returned as a master swordsman, ready to captain his own ship and finally wed his childhood sweetheart, Cailin MacDougal. What he finds waiting for him is a dagger-toting hellion for a bride, an immortal father-in-law, and an enemy bent on extracting revenge by threatening the family James holds most dear–the MacDougals.

BRODERICK MAC DOUGAL is lured away from his family with the promise of–at last–learning a way to protect those he loves from his clan enemy, Angus Campbell. Broderick knows he’s headed for a trap, but the bait is too tempting to resist…and he unravels the beginning of a prophecy that will lead to redemption for all vampires. The cost of such redemption, though, may be the very soul of the woman he would die for…his wife, Davina.

The Bonded By Blood Vampire Chronicles

The Bonded By Blood Vampire Chronicles is a six-book paranormal fantasy series with strong romantic elements. Broderick “Rick” MacDougal never expected to find his soul mate, Davina Stewart, during his quest for revenge. Nor did he expect her immortal soul would be the price. Rick and Davina are two of three keys tied to a prophecy of redemption for all vampires. Clan enemy and the man he has sworn to destroy, Angus Campbell, is the fated third. If either Broderick or Angus die, their souls are destined for hell and Davina’s will be cast into oblivion. But the truth is more dire than any of them imagine. Davina’s soul does more than fulfill the prophecy. If the Vamsyrian King sacrifices her in an ancient ritual, he will end the prophecy and secure his immortality for all time. 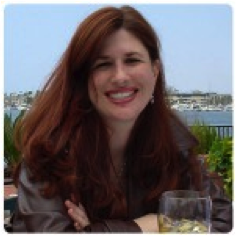 Arial Burnz has been an avid reader of paranormal and fantasy for over thirty years. With bedtime stories filled with unicorns, hobbits, dragons and elves, she succumbed to crafting her own tales, penning to life the magical creatures roaming her dreams. Having a romantic husband who’s taught her the meaning of true love, she’s helpless to weave romance into her tales. Now she shares them with the world. Arial Burnz lives in Southern California, with her husband (a.k.a. her romance novel hero)—who is also, quite coincidentally, a descendant of Clan MacDougal.

Connect with the Arial

Arial Burnz is giving away a TON of stuff during this tour! Please use the Giveaway Tools entry widget to be entered into the drawing. Each button will earn you more chances to win and you can keep coming back to earn more entries! All entrants will automatically become members of Arial’s VIP Club, which is free to join and has many more benefits, such as exclusive contests like this one. These are the prizes for the Character Reveal Tour featuring the characters in Midnight Conquest (Book 1)†- winners will be chosen on Sep 27, 2014:

Arial is also giving away a single Grand Prize of…

Winner will be chosen on 11/21/2014. Everyone who participated in any stops on the Midnight Eclipse tours (VIP Club members or not) will be entered for the grand prize drawing. The more you participate, the more chances you have to win. Use the Giveaway Tools buttons below to earn extra chances to win by tweeting, following and liking. For Official Contest Rules, click here.

I am a lover of books, both reading and writing. 2018 marks the beginning of my own journey from writer to published author. This blog will showcase various authors' thoughts on the elements of novel crafting, and my attempts to find my voice in writing. While journaling this journey, I hope to encourage others to follow their dreams. Book reviews continue as I have the last four years, only making time for my new pursuits.
View all posts by eileendandashi →
This entry was posted in Paranormal, Romance and tagged Arial Burnz, Bonded in Blood Vampire Chronicles, Midnight Captive, Paranormal Romance. Bookmark the permalink.