Posted on November 20, 2013 by eileendandashi 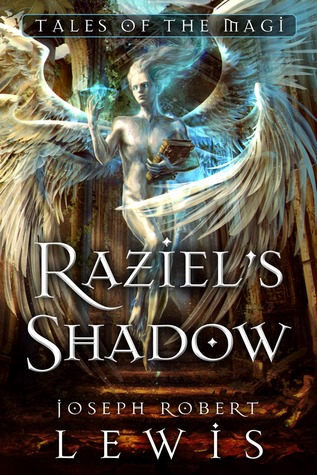 Quote from the author’s website on his new series Tales of the Magi:

Tales of the Magi Series

In a world of living angels, demons, and djinn, humanity’s only hope for peace and survival are the holy magi, the warriors and sages blessed by the angels to wield divine power.

Inspired by Middle Eastern and East African history and mythology, this series explores the lives of ordinary people driven to become extraordinary heroes.

About The Author:  Author Joseph Robert Lewis is also known as Joss Llewelyn and Jordan Lockhart.  He studied ancient novels, morality plays and Viking poetry at the University of Maryland.  When he’s not writing and creative these fantastical worlds, he works with people to publish books in economics, politics, history, technology and software.

Tales of the Magi
The Mystwood Trilogy (8-14 years old – middle grade)
The Drifting Isle Chronicles
The Zelda Pryce Trilogy (young adult, teens)
The Halcyon Trilogy (Steampunk Fantasy)
The Europa Trilogy
The Chimera Duology
Drifting Isle
In researching who the author was I was simply delighted with what he’s written.  I’ve got my eye on The Halcyon Trilogy.  Take a look at the author’s website which gives a little snippet of what these series are about.  You may be pleasantly surprised and if you are a fantasy, mythology or steampunk fan, you will be very glad you stopped by.  www.josephrobertlewis.com

I found a great interview given by Fantasy Book Critic and if you have time to read it, you’ll come to appreciate who he is. http://fantasybookcritic.blogspot.com/2012/05/interview-with-joseph-robert-lewis.html

About The Story: It’s a story about a man who has been exiled from his people, who thought himself a prince, only to find he was an ordinary individual.  He was made a decoy to protect the true prince.  While the true prince, believing himself just a man, saved the ordinary man from death only to lose his own.  Realizing what had happened, the ex-prince was more determined than ever to save his people and not let the true prince die in vain.  He traveled to join the legendary magi so he could become a holy warrior, but his search for the legendary magi had been useless.  He was denied.  He no longer was who he believed himself to be.  What sort of man was he?  What could he do to save his people?  He joined a group of clerics in a journey back to his home.  They were the ones who had sat at the feet of angels to learn their faith.  They said they would save his people.  How could they, just a few clerics?  But if they were willing to give their lives to save his people, he could do no less.  Could he become more than he was?  Could he protect them?  He was willing to try.

My Thoughts: Joseph Robert Lewis has woven a very believable story in a fantasy setting.  The characters were well-developed with an interesting and unknowable ending.  I empathized with the travelers and the story line kept me reading and needing to know what happens.  I found myself just a bit anxious for those people out to do such an impossibly big task surrounded by evil and demons.

I thoroughly enjoyed this book and look forward to the next one in the series.  It shall be available by the end of the year.

I am a lover of books, both reading and writing. 2018 marks the beginning of my own journey from writer to published author. This blog will showcase various authors' thoughts on the elements of novel crafting, and my attempts to find my voice in writing. While journaling this journey, I hope to encourage others to follow their dreams. Book reviews continue as I have the last four years, only making time for my new pursuits.
View all posts by eileendandashi →
This entry was posted in Book Reviews and tagged Book Review, Fantasy, Fantasy Book Critic, Fiction, Joseph Robert Lewis, mythology, Raziel's Shadow, steampunk. Bookmark the permalink.