Fantasy, Adventure, Romance, and Paranormal All In One Great Series

Posted on November 11, 2013 by eileendandashi 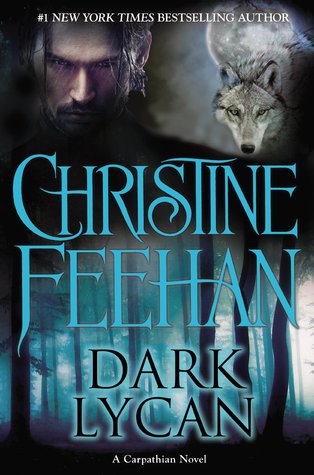 About The Author:  Christine Feehan has written over 40 novels since she published her first book in 1999.  Her first book is Dark Prince, book 1 of her Dark Series.  (blogger remark: I have listened to the audiobook of this at least five times and was hooked for the whole series!)  It won three Paranormal Excellence Awards for Romantic Literature that year. Since then she has won seven more of the same award and has been on some of the best known bestsellers lists: Publishers Weekly, USA Today and The New York Times. Feehan has numerous other awards but name only two more here.  She was the winner of the 2004 RIO Award of Excellence and was nominated for a RITA award by the Romance Writers of America.  For further information and listing of her very successful series, drop by her Web site http://www.christinefeehan.com/catalog/index.php

About The Story: For centuries, for their whole lives, Tatijana and her sister Branislava had been trapped in the ice caves under the Carpathian Mountains.  Encased in ice, trapped in their dragon form and close to death, they stayed alive by sleeping the sleep of the Carpathian species, slowing their heart until it completely stopped.

They were found frozen in the caves by other Carpathians and brought to the surface.  Both sisters changed back to their normal forms, were given blood and commanded to sleep beneath the healing soil until they were well, given blood often and returned to sleep.

Tatijana woke up without being commanded from the rejuvenating sleep and decided to discover her new world – alone – without anyone to control her.  She found her way out of the cave to discover the world she had never known.  There was one thing uppermost in her mind.  She would never, ever let a man control her again.

Fenris Dalka, having secrets of his own, returned to the Carpathian Mountains to see his brother.  However, he was drawn to The Wild Boar Tavern, compelled to do so night after night. He was mesmerized by an innocent, beautiful woman who one night unchaperoned entered the tavern and returned often.  He saw she was an innocent and he watched to make sure to keep her safe.  But in that watching, he became ensnared. Something he must not let happen.  His secrets were too important to keep to himself.

Destiny pulls them together – each needing to protect the other.  For Tatijana is also not without her powers and secrets.

Review: Author Christine Feehan did not disappoint me in book 24 of her Dark Series about a very powerful almost extinct species that originated in the Carpathian Mountains, but lives throughout the world as guardian to man and other Carpathians. She is a master at weaving strands of her past books into her evolving story, reintroducing people who, I’m sure, as one of her most avid fans, I see becoming her new hero and heroine in stories to follow. Each of her books focuses on one couple and how they solve the problem of joining forces, becoming lifemates in this ever increasingly dangerous environment. Her most recent books have introduced the Jaguar, also a soon to be an extinct species, and the Lycan. Some of the Carpathians have found their lifemates among humans, later Jaguars and her most recent books have Lycans and Carpathians as lifemates. The Carpathian world continues to evolve as the Carpathian men find their lifemates. Dark Lycan is the first of a Trilogy within the Dark Series. Can the Carpathians survive the changes taking place within their species? Make sure to pick this one up!  My suggestion to you, if, after you read book 1 of her series, and like it, follow the series by book number.  You can start with 24, however you would lose much of the back story that further enriches the story.

I am a lover of books, both reading and writing. 2018 marks the beginning of my own journey from writer to published author. This blog will showcase various authors' thoughts on the elements of novel crafting, and my attempts to find my voice in writing. While journaling this journey, I hope to encourage others to follow their dreams. Book reviews continue as I have the last four years, only making time for my new pursuits.
View all posts by eileendandashi →
This entry was posted in Book Reviews and tagged Adventure, Book Review, Carpathian Mountains, Christine Feehan, Dark Lycan, Dark Prince, Dark Series, Fantasy, Paranormal, Romance. Bookmark the permalink.